There’s definitely no denying that tattoos have gone from taboo to mainstream. People from all walks of life and of all ages have caught the ink addiction and are rushing to tattoo artists for their fix. A large percentage of tattoos are impulse buys. Maybe you’re on vacay and you happen to pass by a tattoo studio, or perhaps after a long night of drinking and partying you come across a shop that pulls all-nighters. Hey, ish happens. However, we implore you to think before you ink. A tattoo is after all permanent.

Ink Latino has some tips you should know before getting tattooed.

I’m sure many of you have gotten offers to get tattooed at bargain prices by your friend’s girlfriend’s cousin who just ordered a tattoo machine online and is looking to try it out on poor, unsuspecting souls. All you have to do is swing by dude’s crib on Friday night with cash in-hand. Oh, and a six-pack of Coronas. This homemade “artist” that you’re about to get tattooed by is what folks in the tattoo community call a “scratcher.” And, trust us, you don’t want to be tattooed by a scratcher. As Katt Williams would say, “That don’t even sound attractive!”

Radames “Ray” Rivera—a tattoo artist of over ten years—defines scratchers as: “someone with no regard to quality or hygiene. Someone who does not tattoo for passion, but rather for money and a chance at fame.”

Scratchers have not gone through an apprenticeship and have no idea of what they are doing, which may lead to a jacked up tat and you may run the risk of possibly catching something from cross-contamination. Not to say that you can only get tattooed at official shops because as Ray tells us: “Scratchers are not only tattooing in their homes. They can also be found at shops, but are not considered ‘scratchers’ because they are working at established shops.”

However, there are artists who build private studios out of their homes, but they go about it the right way. They go through the proper training, get licensed and have their work area inspected and approved by the right personnel. You just have to be able to tell the difference—and sometimes it can be unclear to the naked eye if the person is legit or not.

A lot of folks see neon signs for tattoo shops and fall into a trance. They float right on into the shop without giving it a second thought. They have no idea of the tattooers’ qualifications or the shop’s reputation. All they know is that they want that drawing of the colorful sugar skull that’s hanging above the counter tattooed on their arm.

Before you even let that needle touch your skin make sure you do some research. Now, we’re not saying Google or Yelp the shop on the spot. I mean, we probably would, but if you’re not down to probe that deep, simply ask to see the artists’ portfolios. Ray advised that you not only look at the picture as a whole, but also pay attention to the finer details, which ultimately will matter the most. 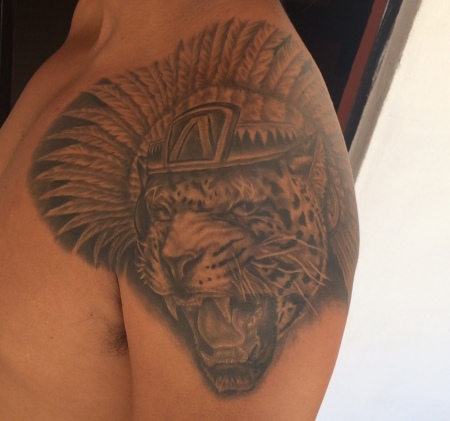 “Some tattoos in portfolios look good from far because they have nice colors and the design is pretty cool, but when you look at the line work, the smoothness of the shading and the blending of the colors, things begin to fall apart,” Ray stated.

It’s okay to walk away and leave the tattoo for another day. Neither tattoos or tattoo shops are going anywhere anytime soon, so cógelo con “take it easy.”

Cleanliness Is Next To Godliness

Before beginning the tattoo process specific measures are taken to ensure the clients’ as well as the artists’ safety. Ray tells us that the first thing they make sure of is that the client is not sick or is suffering from a condition that may make the tattooing process a hazardous one. After the client is OK’ed, the artist begins prepping their station.

Ray stated that, “The artists must wash their hands and properly set up the station which consists of wrapping everything the artist will or might touch during the process with plastic.” He continued, “They must also use disposable equipment, such as razors, cups, bibs, ink caps and sometimes tubes. Some artists prefer metal tubes, but they must be properly sterilized and packaged with the date of sterilization on the packaging. Needles, however, are always used that one time, and must be opened and disposed of at the time of the tattoo.”

During this entire process, Ray says that gloves must be used. “The idea is to not touch anything with exposed skin in order to avoid contamination,” Ray stated. 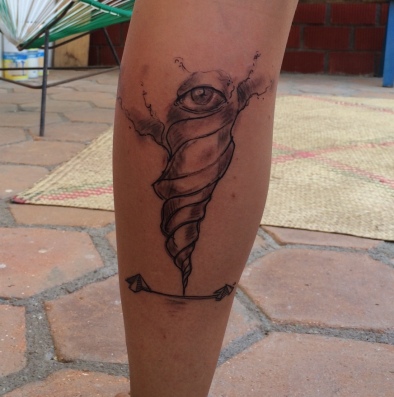 Spell Check Is Your Friend

Letters and words are extremely prevalent in tattoos. There are those who ink Bible passages, lyrics from their favorite songs, names of loved ones, nicknames, or the names of their favorite bands. Whatever words you choose to get permanently etched on your skin, make sure everything is spelled correctly before the artist begins to sling that ink. Typically, the artists will ask you to write your quote or name down before the tattoo is designed. After they apply the stencil on the skin the client will be asked to check out the design and spelling one final time before the tattooing begins.

There are countless comical—and not so comical—stories of misspelled tattoos and “Top 10” lists of the worst misspelled tattoos all over the Internet. Double-check, no, triple-check, the spelling beforehand and avoid becoming the next tattooed dummy on that computer screen.