Daniel Acosta León first ventured into the world of tattoos at age 14 when he got his first piece done at a time when the art was still considered taboo in his native Colombia. Later on in life, during his college years, the art form would once again pique his interest—only that this time around, Daniel wasn’t looking to be the canvas, he was instead looking to grab hold of a tattoo machine and become the artist.

“I was studying visual arts at that time and I found it could be a very good way to apply what I have learned in a different technique, and human skin turned out to be a great canvas,” Daniel said of his decision to pursue a career in tattooing. 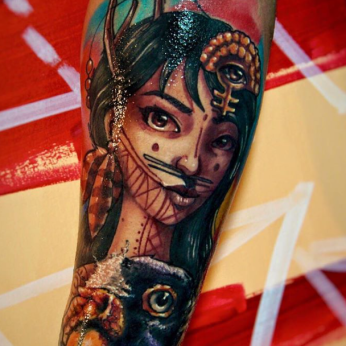 It was late 2002 when Daniel started apprenticing at a local shop in Bogotá, cleaning, serving, selling and drawing up designs when time permitted. All the while, he constantly asked questions in order to soak up as much as possible. “I think that should be the order for all aspiring tattoo artists,” Daniel said, adding, “It creates great strength and great knowledge of the profession.”

Daniel says that he owes a lot to a group of Bogotá-based artists such as Julio Diaz of Store Tattoo, Miguel Dark and Joakin Forero of Acid Ink, Cesar Gomez of Violent Tattoo and Sergio Cobra of Cobra Tattoo for sharing their knowledge of the craft with him and inspiring him throughout his career. Other artists that he has admired through the years are Jee Sayalero, Adrian Lee, Peter Aurich, Joakin Forero and Tim Biedron, to name a few. 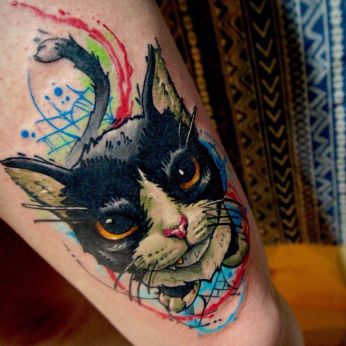 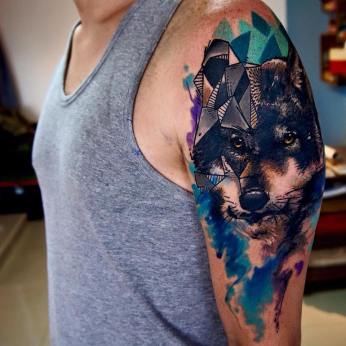 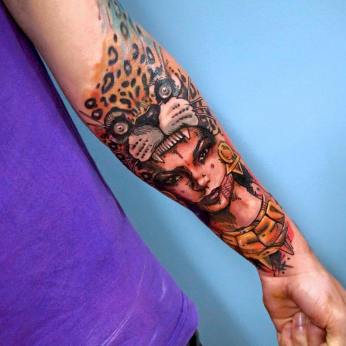 Mixing his love for painting and illustration, Daniel’s style is mostly inspired by European neoclassical painting, French comic illustrations, urban art and the ritual iconographic concept of India and Thailand. His beloved Colombia also serves as a muse to the artist as he often uses the rich culture that has surrounded him his entire life to create his magnificent artwork. “I try to combine all of them to generate a single visual product,” he explained.

Today, you can find Daniel working out of his private tattoo studio, La Emergente Colombia in Bogotá, creating his awe-inspiring artwork alongside his wife, Diana, and a team of extraordinary artists, Fredy, Grace and Sebastián. Aside from tattooing, the team also produce paintings, illustrations and even clothing and cool accessories, which are all for sale either at the studio or via their website, laemergentecolombia.com.