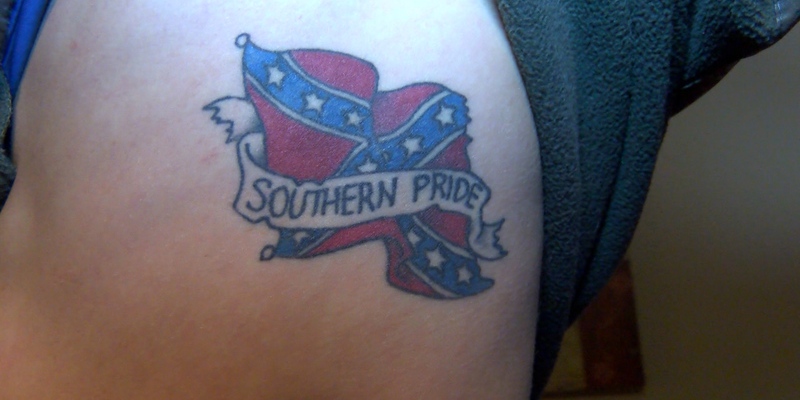 Recently, an 18-year-old Arkansas man was denied entry into the U.S. Marine Corps after they found out that he had a Confederate flag tattooed on his torso. According to a report by MarineCorpsTimes.com, Anthony Bauswell was found ineligible to serve in the Marines because his ink violates their policy on tattoos. 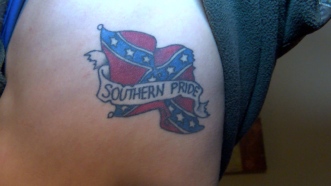 Capt. Dustin Pratico, a spokesman for the 8th Recruiting District, told MarineCorpsTimes.com that Bauswell had made a “verbal commitment” to join the Marines on Jan. 18 at a recruiting site in Conway, Ark. During the interview process, however, the hopeful Marine Corps candidate made it known that he wore the symbol, which some in the southern parts of the U.S. see as a sign of southern pride, while others see it more as a remembrance of a dark time in the nation’s history.

Last year, the ongoing controversial debate on whether it is right for states to continue to display the flag in front of government buildings was reignited after a racist gunman killed nine African-American churchgoers during a Bible study at a historic Charleston, S.C., church.

This isn’t the first time the Marine Corps has disqualified someone for wearing a Confederate flag tat, however.

“It’s not a new thing. This is just one of the times it happened to catch media attention,” said Capt. Pratico. The story first caught the attention of Little Rock TV station KARK 4 News, and has made its rounds on other stations and publications since.

It should be noted that wearing the rebel flag doesn’t always disqualify anyone from enlisting as Maj. Garron Garn, a spokesman for Marine Corps Recruiting Command (MCRC), told MarineCorpsTimes.com. According to Maj. Garn, the enlistee can at times be granted a waiver excusing some tattoos depicting the Confederate flag depending on the size, location and content of the tattoos, as well as the applicants’ backgrounds.

Unfortunately for Bauswell, the recruiter in charge at the center where he applied denied granting Bauswell a waiver. 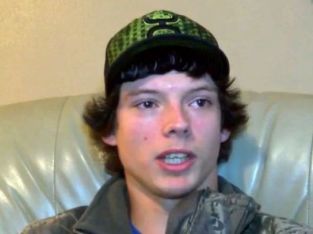 Capt. Pratico suggests that anyone who’s interested in enlisting in any branch of the armed forces who is unsure of their ink, address their tattoos with the recruiter early on in the application process.

Or, perhaps you should do as some of us in the tattoo industry say: “Think before you ink.”